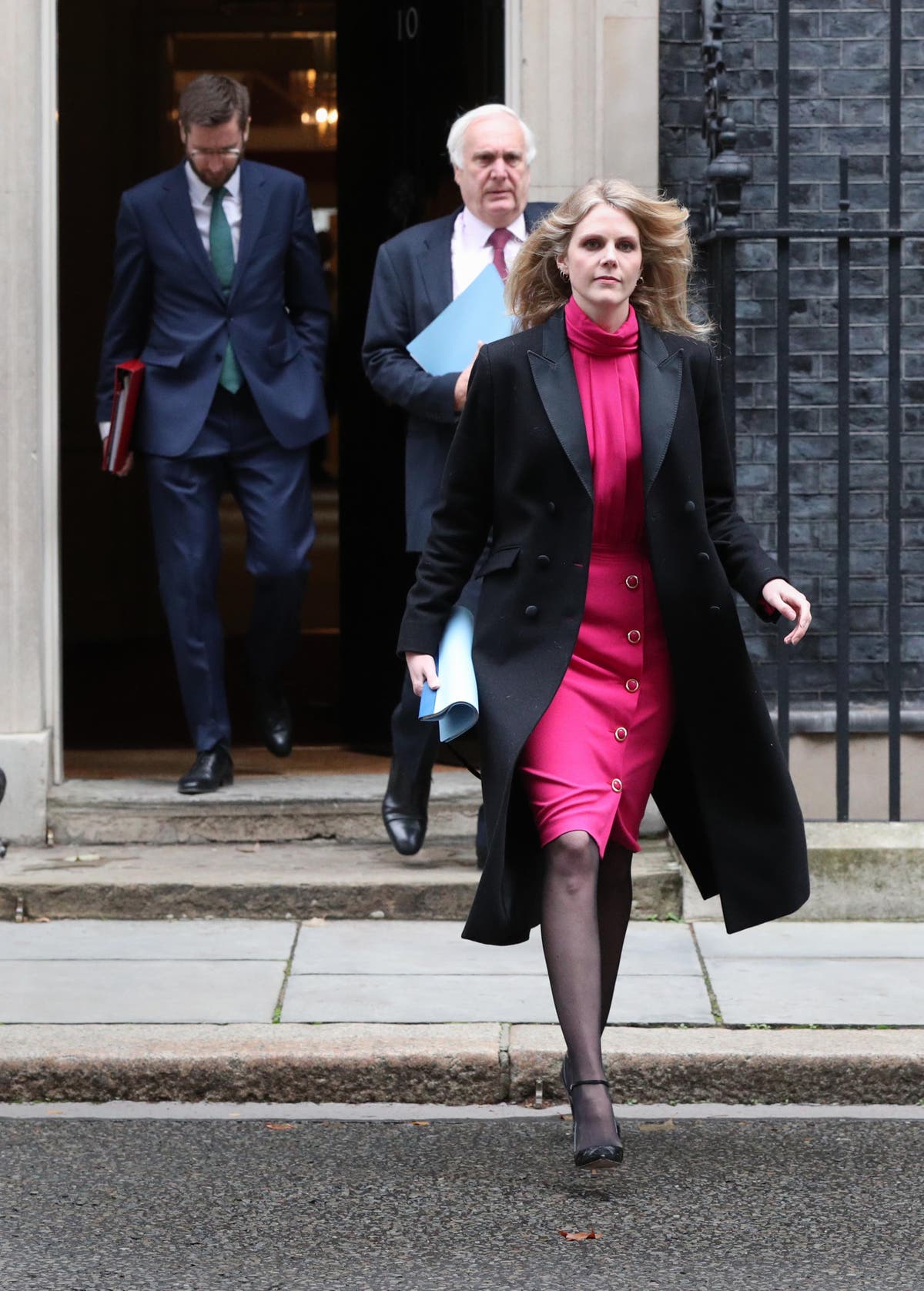 A former senior aide to Boris Johnson has stated she felt like his “nanny” in an unflattering description of his behaviour within the most sensible task, recalling how she scheduled his naps and soothed his “temper tantrums”.

Cleo Watson, introduced into No 10 as an best friend of Dominic Cummings, described how Mr Johnson wanted “house-training” to take precautionary measures to offer protection to others when pinged all through the pandemic, how he made jokes akin to “kung-flu”, and that he would feign bending over when she went to take his temperature.

The particular adviser in No 10 additionally when compared the Prime Minister’s “reluctance” to go away place of work after quite a lot of ministers give up the Government to Donald Trump, pronouncing Mr Johnson has “never exactly been the commitment type, except in this case, his reluctance to leave did seem a bit ‘let’s storm the Capitol, chaps’”.

She additionally admits there have been days when other folks on the middle of Government “thought the virus had won, that we had acted too late and that our measures weren’t working”.

The revelations are incorporated in a piece of writing Ms Watson has written for Tatler the place she describes running as deputy leader of personnel and her revel in in No 10 forward of a brand new Sky drama This England telling the tale of the Government’s Covid reaction.

It comprises her model of being let pass by means of Mr Johnson after Mr Cumming’s departure, the place Ms Watson says the Prime Minister when compared her to an “ugly old lamp” one spouse is left with after a divorce.

“He presumably knows better than most how it feels when a marriage breaks up,” she says, one of the barbs aimed toward Mr Johnson’s personality in a protracted listing of unflattering descriptions of his behavior.

“My role at No 10 sounds fancy, but a lot of the time I was much closer to being Boris’s nanny,” she says, occurring to explain ceaselessly taking Mr Johnson’s temperature within the early days of the pandemic, including: “Each time, never willing to miss a good slapstick opportunity, he dutifully feigned bending over.”

Comparing running in Downing Street to a nursery, she stated: “This, plus the constant questioning about whether or not he’d washed his hands (‘What do you mean by ‘recently’?’), the hand-wringing about his hair, which made him look even more like one of those troll toys from the ’80s at the daily televised press conferences, and the frequent scolding about making gags such as ‘Kung-Flu’ and ‘Aye! Corona!’, characterised much of the pre-terrifying brush-with-death era in the nursery.

“During his recovery, the nannying came on in leaps and bounds: my insisting that he drink vitamin-filled green juices from Daylesford instead of his usual Diet Coke; trying to find diary time for his naps or very gradual exercise…  I alternated between stern finger-wagging and soothing words in response to his regular ‘I hate Covid now.

“I want everything to go back to normal.

“Why does everything happen to meeeeeee?’ temper tantrums.”

She added: “The PM himself was subject to a fair amount of house-training.

“Like many, he was ‘pinged’ a couple of times and insisted on working from his downstairs office while isolating.

“Very soon, this required setting up chairs as barriers in the doorway, as he couldn’t resist stepping over the threshold into our adjoining room to peer over shoulders at what people were working on (invariably in a pair of someone else’s reading glasses he’d found lying around).

“So the prime ministerial ‘puppy gate’ was created.

“He’d kneel on the seats, his elbows propped over the top, like a great unruly golden retriever, howling for attention.”

Describing the possibility of seeing comedy within the state of affairs now that sufficient time has handed, she stated: “Because among the gruelling 18-hour days, horrible days when we thought the virus had won, that we had acted too late and that our measures weren’t working, there was some light relief.”

Downing Street stated it didn’t want to touch upon Ms Watson’s account of her time there.