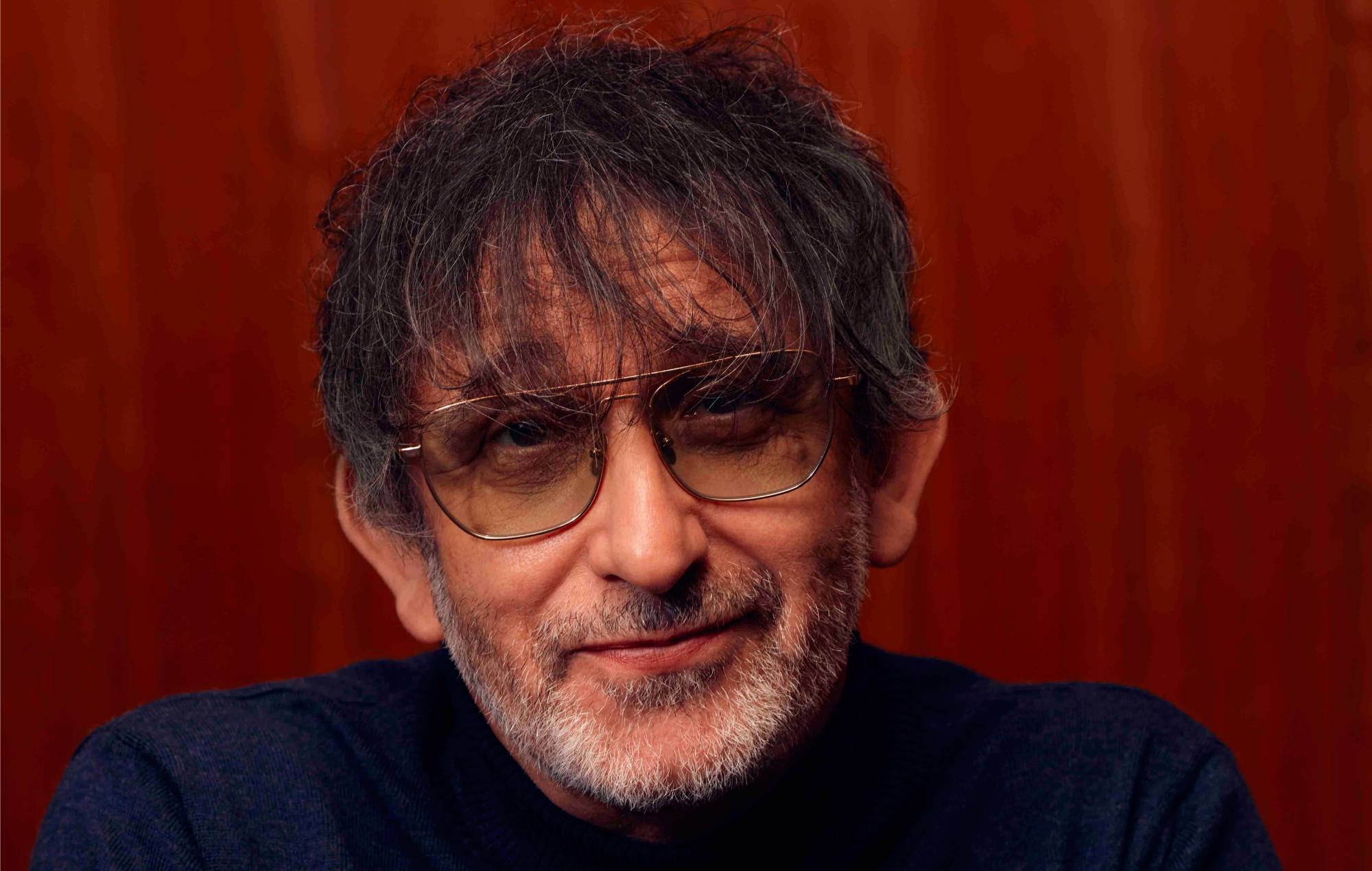 The Lightning Seeds have announced their first album in 13 years, ‘See You In The Stars’. Check out new unmarried ‘Sunshine’ beneath at the side of our interview with frontman Ian Broudie.

Due for liberate on October 14, the album coincides with a brand new 14-date excursion for the Autumn.

Although Lightning Seeds’ 1996 soccer anthem ‘Three Lions’ with comedians David Baddiel and Frank Skinner has revisited the Top 40 singles chart 4 occasions within the closing 13 years – attaining Number One in 2018 – ‘Sunshine’ is the primary new Lightning Seeds track since their 6th album ‘Four Winds’ was once launched in 2009.

The band have stayed busy by way of incessantly traveling and taking part in fairs, which is a metamorphosis of course as Broudie – who successfully is Lightning Seeds – didn’t excursion in any respect till his alias’ 3rd album ‘Jollification’ in 1994. He was once first of all referred to as a manufacturer, making data with Echo And The Bunnymen, The Fall, Shack and The Specials’ singer Terry Hall. Broudie returned to generating within the ’00s, serving to The Coral and The Zutons get began.

Having loved melodic hits with Lightning Seeds for the reason that ’80s akin to ‘Pure’, ‘The Life Of Riley’ and ‘You Showed Me’, Broudie explains how he suffered a insecurity and was once satisfied to after all revel in being a frontman as an alternative.

NME: Hi, Ian. ‘Sunshine’ is vintage Lightning Seeds, however it’s been a very long time because you’ve had a brand new unmarried out. What came about?

How did ‘Four Winds’ impact you as a songwriter?

“It knocked my confidence in myself. I thought: ‘If I’m not that guy anymore, I shouldn’t do it’. I’ve written songs since ‘Four Winds’ that I really like, but they didn’t do it for me, because they weren’t Lightning Seeds. ‘Tales Told’ had been a moment, and I didn’t want part two of that either. But I wasn’t despairing, because I was quite happy playing live, having previously spent so many years sat in the studio working on other people’s tunes. Then I started writing a few tunes that made me chuckle, and I knew straight away they were Lightning Seeds songs.”

What was once the turning level of beginning the album?

“My friend (The Coral singer) James Skelly had been very encouraging, saying I should record a song with him. He’d sensed I’d lost a bit of confidence. ‘It’s Great To Be Alive’ was 70 per cent written and I went to Liverpool for a day-and-a-half with James. We finished writing and recorded it, and I left thinking: ‘Oh, I like this.’ That was the spark, but it was a year before I did another song, ‘Live To Love You’, also with James. I was still hesitant, because I was still working on other tunes that I wasn’t sure about.”

Was there a burst of creativity, or had been all of the songs written intermittently?

“I had six songs done and everyone was getting frustrated. I was told unless I finish the album in three weeks, it’d be another year before it could come out. Emotionally, that prospect felt a real drag. For the last four songs on the album, I finished off writing them and recorded them at home on my own, in the way I had in Lightning Seeds’ early days. People might think I’ve spent all these years doing final touches on everything and taking forever to write, but the last four songs were done in a fortnight. Maybe they’d been percolating in my head for a long time.”

“There’s a great feeling of positivity to the songs on this album, but they’re also quite sad. I’m aware I’m not a great singer, but nor were singers in bands I liked: Joy Division, New Order. Working with Echo And The Bunnymen, Ian McCulloch had a fantastic voice. He could sing anything and it’d sound emotional. But hearing Barney Sumner in New Order made me realise it’s equally important what you sing, as much as how well you can sing. If you’ve got a good melody and your voice has a certain sound to it, you can probably do it. I think it’s why my music is so melodically driven.”

Speaking of significant singers, Terry Hall co-writes ‘Emily Smiles’ at the new album. You’ve labored in combination for the reason that’ 80s – would you ever do a joint album?

“I really hope so. We always talk about it, but it’s never been quite the right moment. We’d better do it soon! I’m in awe of Terry, as he’s a great singer, a great lyricist, just a great talent. I think we could make a great album together. I’m very lucky to have worked with him and James, another fantastic talent.”

‘See You In The Stars’ is out in October. The World Cup begins a month later. Any plans to restore ‘Three Lions’ for the event?

“There’s talk, yeah. The idea of a World Cup in winter is weird and it’d be so strange having ‘Three Lions’ around at Christmas. It’s been a long time since we last did it, but I don’t know if that’s reason enough to open that box.”

You had been one thing of a trailblazer when ‘Pure’ was once a success in 1989. Producers didn’t turn into artists again then…

“It was difficult with the press, certainly. Now, all producers make records, but back then the media were very suspicious. I’d always seen myself as a songwriter and guitarist. I was a very reluctant producer. The only reason I did it was because I loved the Bunnymen and The Coral so much that I wanted to be in the band. The closest I could get was producing them. It’s certainly not my ambition to be a producer anymore. Producing has to be a combination of loving something madly, while also seeing an unfinished side, knowing you could make it even better.”

Lightning Seeds play are living incessantly now. Why didn’t you excursion the primary couple of albums?

“Because, as a kid, I saw myself as the guitarist, never as the guy in front. When Lightning Seeds started, I had a couple of tries to get someone else in as the singer, but I never found one I connected with. Even in between ‘Pure’ and the second album, ‘Sense’, I was looking for someone. I only sang the songs myself as I couldn’t find that right person. Terry would have been the perfect guy, but we were always on our different paths. It wasn’t until ‘Jollification’ that I felt right as the singer. By then, there was already an audience, so I never got to develop by playing in bars. I was uncomfortable playing live for years.”

“Having a settled line-up playing live has been important. When I record, I never use session musicians. I ask mates who are in bands when I need help, which is a subtle but crucial difference. It’s the same with touring. My son Riley plays with us, I’ve known Martyn (Campbell) for years and our drummer, Jim Sharrock, is the nephew of our original drummer (Chris Sharrock, ex-Oasis). It feels like the songs are played with love.”

Without distracting from the brand new album, it’s about time the outdated Lightning Seeds albums had been re-issued. Some of your outdated songs nonetheless aren’t to be had on streaming websites. Any plans to switch that?

“I’m pleased you ask, as I was thinking that as well. Once this album has run its course, I’d like to sit down next year and see how it feels to put everything together as a body of work. I’d like to redefine my past music and give it its proper light, have a little retrospective moment. It’s a good time to do that.”

Having stored us ready 13 years, will the following Lightning Seeds album arrive faster?

“I’ve written three or four tunes since finishing this album. I think I’ll roll into recording them, but I’ve become quite anxious with the prospect of having a new record out. I don’t enjoy the feeling, as it’s brought back a lot of anxiety. I can’t wait to tour, and let’s see how ‘See You In The Stars’ goes first. I’m very proud of ‘Sunshine’ and I can’t wait for people to hear the other songs too.”

Lightning Seeds liberate new album ‘See You In The Stars’ on October 14 by the use of BMG. Check out the tracklist beneath.

Lightning Seeds will excursion in October and November. Tickets cross on pre-sale on June 20 and on basic sale at 10am on June 22 and will likely be to be had right here. Check out dates beneath.